The History of SEO: Who, What, Where, When and Why

A Brief Overview of The Beginnings of Search Engine Optimization

The history of SEO is one that is not easily recorded by the same tools we have today when it comes to record-keeping. Most people nowadays think that once something is put on the internet it stays there forever. But many records of early internet websites and articles surrounding the term SEO from the mid to late ’90s are found to only be held together by hearsay and anecdotal evidence of this marketing strategy’s humble beginnings. Search engine optimization did not truly pick up any recorded steam until the early 2000s but what is known about this powerful tool for digital marketing is that as search engines continued evolving the more powerful SEO would become.

Who: Who first invented SEO

One could argue that the beginning of SEO started with the dawn of the internet going public or when websites first started being launched. However, SEO could not truly become a concept without the creation of the search engine. In 1990 the first search engine (Archie) was invented by McGillan University student Alan Emtage. At the time it was only an index of computer files stored on anonymous FTP websites in a certain network of computers. In 1997 the search engine Backrub was conceived by Stanford Ph.D. students Larry Page and Sergey Brin which would later become Google. Backrub was the first search engine that would analyze relevancy and rank websites based on the quality of links as well as how many times the search term appeared on the site.

SEO was brought into the world organically after the development of website search engines. As more and more people began creating sites, soon the need to show up higher on the rankings became more important. You could say optimization first came from the creation of the search engine itself or from the first person who complained they weren’t at the top of the website rankings list. Either way, SEO did not have one single creator but rather it was formed due to the environment of this new technology itself. These factors are what birthed the need for search engine optimization (SEO), and so began the race for websites and companies to appear higher in the rankings.

What: What is SEO 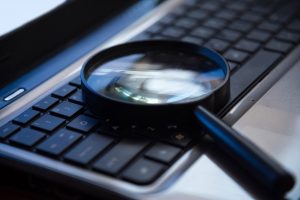 SEO (search engine optimization) is a digital marketing strategy that takes into consideration just how the algorithms in search engines work in order to increase the quality and quantity of a website’s organic or unpaid traffic. This, in turn, increases the visibility of a website to those using search engines to look up information and/or make queries. SEO is the act of making a website more attractive to search engines and enticing them to place a given website higher in rankings. This can be done through an unlimited number of strategies but some of the most common ones are adding, editing and modifying HTML as well as coding for keywords, using backlinks, inbound links and making sure websites are mobile-friendly.

Where: Where was SEO first started

SEO first began in the ‘wild west’ of the worldwide web where borders and countries had no relevancy in the exchange of information. Some instances of the phrase “search engine optimization” can be seen cataloged around 1997 and some anecdotal evidence has been given about its origins but the term SEO did not start becoming more used in publications until the early 2000s.

When: What year was SEO invented

You could say that SEO was first invented in 1997 when search engines began to become a bit more sophisticated and allowed for webmasters to perform actions that would affect their site ranking through relevancy, keywords, and backlinking.

Why: What purpose does SEO serve

Clearly, all of this effort isn’t for nothing. Naturally, helping place websites higher in search engine rankings results in more people viewing the site and finding the product or service the website promotes. This leads to potentially more clients using said service, making sales, or translating those views into leads for any given business.  This provides traffic/customers/leads for the business or site in question doing the tactics. Not only that but SEO has now opened up a new avenue for marketing agencies to focus on thus providing more jobs

We build scalable websites that work great on your tablet, smartphone, and all other devices. Your website is your storefront, trust the experts at Falcon Marketing with your next project

(866) 510-0185
Search Engine Marketing
We use cookies to collect and analyze information on site performance and usage, and to enhance and customize content and advertisements. By clicking "X" or continuing to use the site, you agree to allow cookies to be placed. To find out more, Visit our cookies and privacy policy.Ok